Thus all possible combinations done, except meeting only Hilary somewhere. How strange – it’s only this family that I keep meeting abroad, never at my place, never at their place, but we often end up in the same place (and none of these meetings were planned in the sense that we’d go there simply to meet each other). David’s English was very English – otherwise nobody back home would know he studied at Cambridge university;) but Hilary has kept her Irish accent – or at least she spoke Irish English with me, which pleased me very much indeed:) It was through the Larkins I had the chance to enter King’s College. Here are some photos from both inside and out, chapel and other. 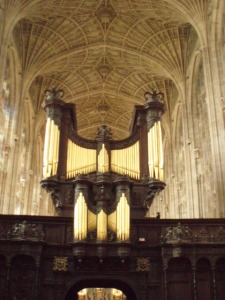 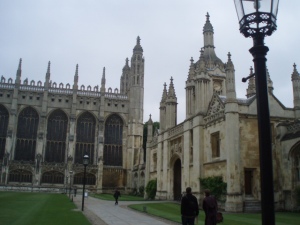 David also showed me Trinity College and St. John’s College, big competitors. Everyone obviously thinks their college is by far the best one. But these are some of the most famous. First Trinity, then St. John’s below. 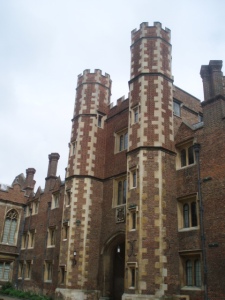 After meeting David I went punting, which one can only do in Oxford and Cambridge (at least in England, Venice is another story altogether:). I went on a guided tour where the chauffeur would tell stories and explain the histories of the buildings and places we saw on the way…