So, I spent two more days at St. Vincent Seminary in Latrobe, PA. Those were some heavenly times for me and so I’d like to pay tribute to the people that contributed and share some thoughts and pictures and links.

First of all, Dr. Scott Hahn (behind in the above picture) is the professor for Biblical Theology at Franciscan University of Steubenville, a famous convert from Presbyterian Calvinism to Catholicism as well as founder and president of the St. Paul Center for Biblical Theology. To know more, go to salvationhistory.com or scotthahn.com

Secondly, John Kincaid (front in the first photo), who picked me up from Pittsburgh (after a series of confusions as to who would pick me up – about 4 different people were supposed to do it before him – he was definitely the right man for it!), is a doctoral candidate at Ave Maria University. His conversion story from Presbyterian Calvinism to Catholicism can be read here and heard here (in more detail).

Next, two of the other main presenters were also big names and fine men, and soon they too became friends. Brant Pitre and John Bergsma are doctors of theology and coworkers with dr. Hahn in many projects. They gave talks on Romans 1-3 and 5-8 and kindly answered many of my questions. Pitre also gave me a copy of his masterful dissertation on Jesus, the Tribulation and the End of the Exile. His website can be accessed here. 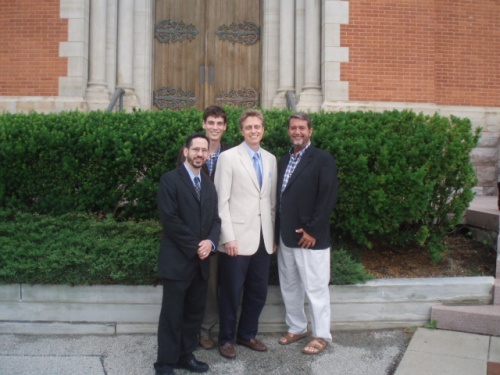 I had the privilege and joy of having lunch and dinner with these men as well as attending a heavenly banquet in the church with them. Also, Dr. Hahn would sometimes take me on his golf cart and give me some personal advice and instruction. In addition to the talks and Masses we had free time, adoration, Q&A-sessions and socializing (with free drinks – used with temperance:). The Q&A session (below) reminded me of the Apologia Forum in Ryttylä, except that the church and the theology were different:) 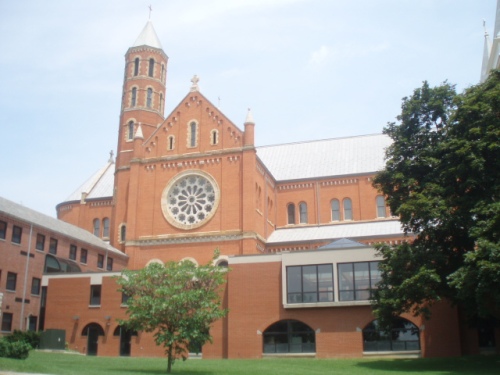 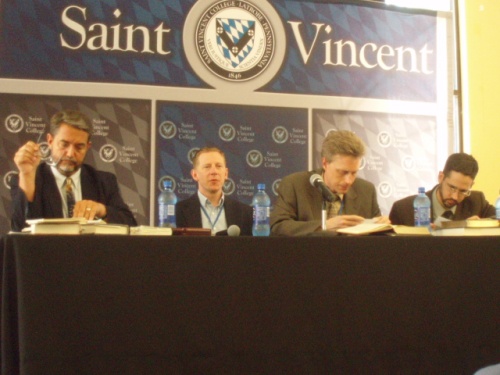 In the evening of the 17th there was a storm in the area and they feared a tornado might hit us. I actually saw a photo of the tornado in the newspaper in Pittsburgh later on, and well, I wouldn’t have wanted to be hit by it. Luckily we were safe, and Hannah Hahn who was driving to the seminary to pick me up got through it all (rain and hail) safely as well. We left the seminary before midnight but got lost… but then it’s already the 18th and so you must stay tuned to hear what happened next…