I finally got my long lost memory card from the US and so I can finish the story of my trip to America. We travel back in time to the evening of June 18th, as I say goodbye to the Hahn family in Steubenville, am driven to Pittsburgh by a neighbor of theirs and take another Greyhound bus toward Minnesota via Chicago, Illinois. 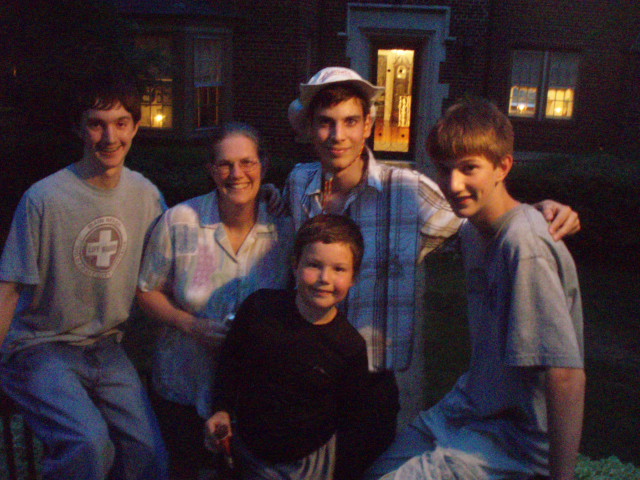 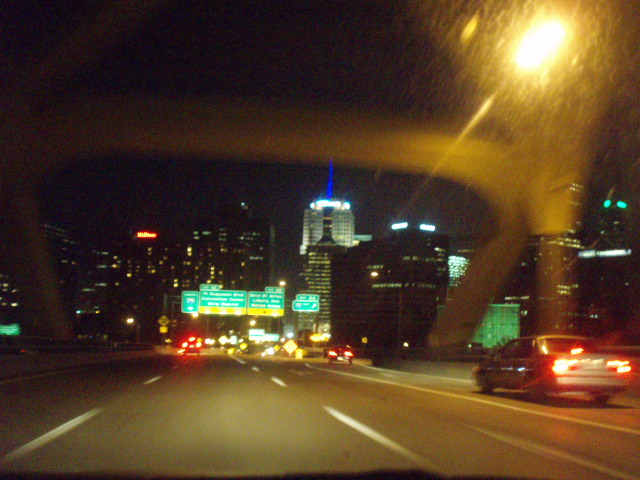 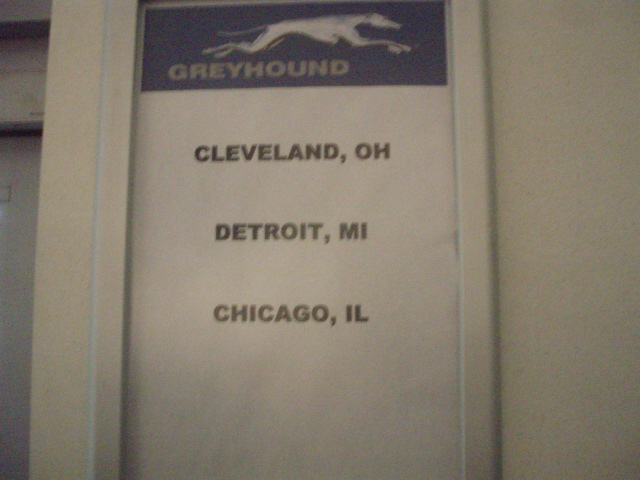 This must be the time to expand a little on my Greyhound experiences. I spent over 60 hours on those buses during my 2-week stay. I met all kinds of people you can see black people and a Jew below, as well as a nice black driver. The drivers changed every now and then (glad they did – I suddenly realized I could be in danger on those bus rides if a driver fell asleep in the night… many lives in one man’s hands…), and there was another black driver whose English was extremely fast and very hard to follow. One traveler wore a t-shirt that said ”Wish I could kill every day”. 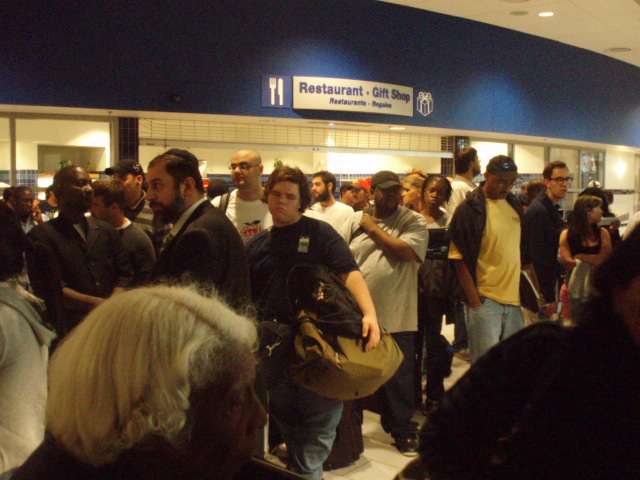 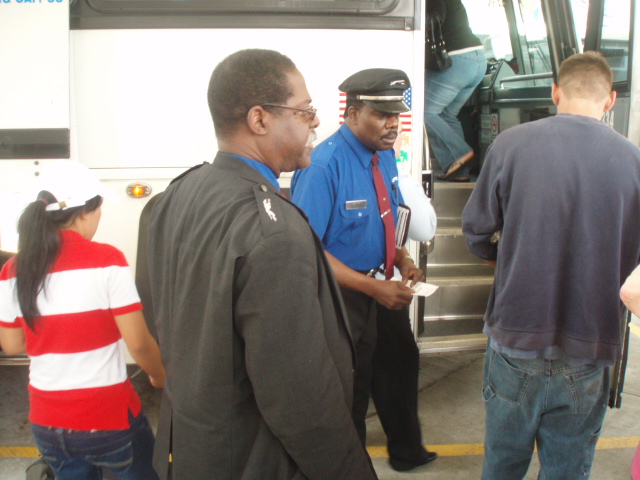 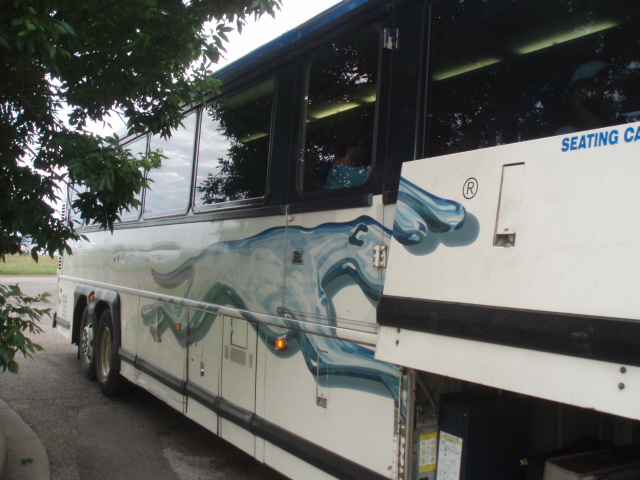 Every now and then we had stops and could get off the bus and stretch our legs, and oftentimes visit a nearby McDonald’s, as in Wisconsin in the photo below. I also noticed huge differences in the bus stations. For example, in St. Paul there was barely a parking lot for the bus plus a tiny building with a desk and a waiting room. By contrast, the station in Milwaukee was big, beautiful and modern. I remembered Milwaukee from my Super Nintendo baseball games, and now I got to stop there:) Obviously, sometimes you’d get to see some cool things through the windows – below you can see one – a double rainbow:) 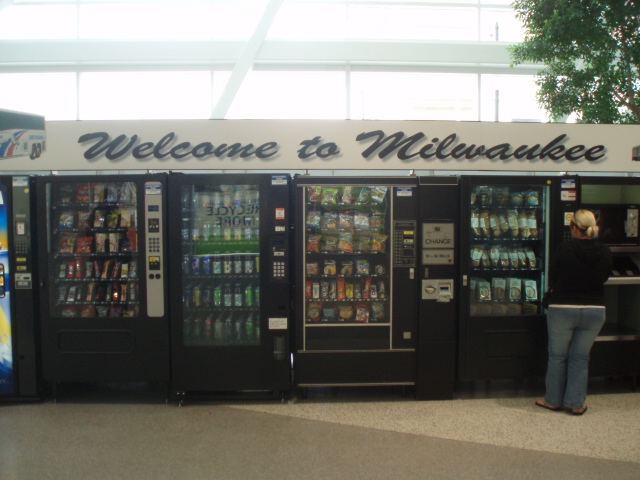 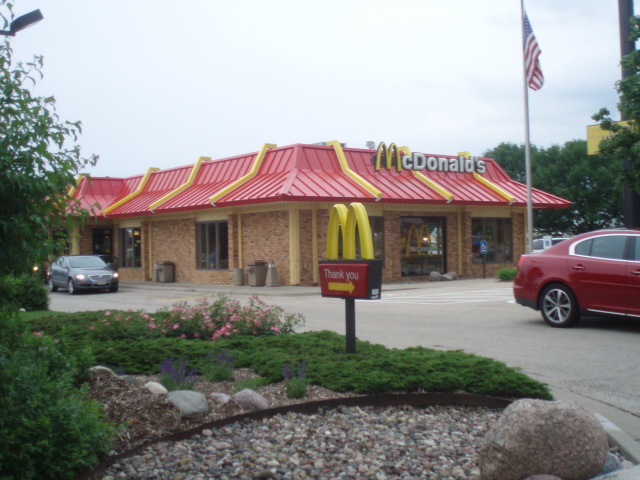 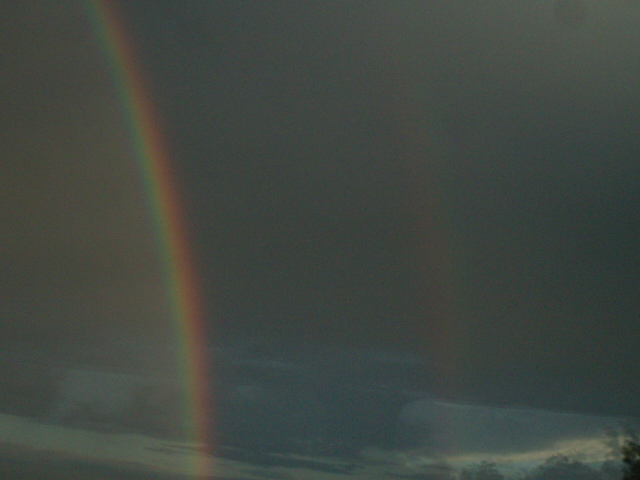 Well fine then, it’s time to tell about my first days in Minnesota. My friend Jerry was expecting me on the bus stop in St. Paul, and had patiently been doing so for more than an hour – we were badly late. But we arrived, and it was a happy reunion – it had been some years since I last saw Jerry in the 5-3-1 juggling festival in Helsinki. Now he got to show me around St. Paul/Minneapolis. Here are the most important political and religious monuments (the latter we’ve already seen, but not in all its splendor): 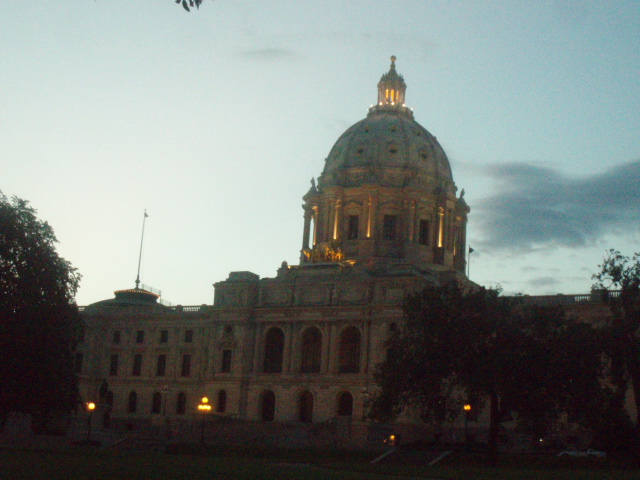 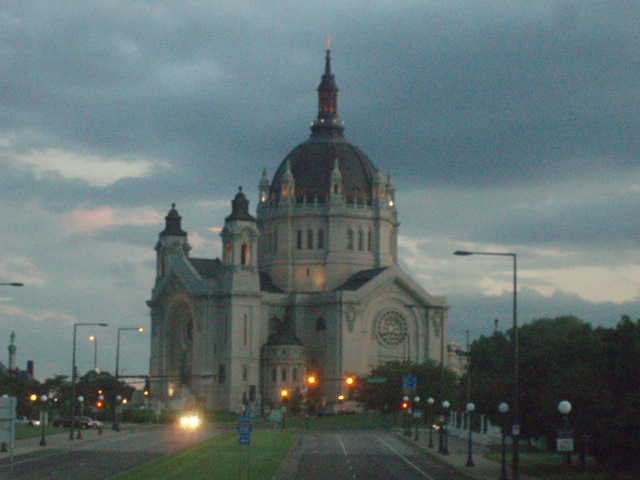 We went out for an American dinner and finally headed home along peaceful, green parkways. It was an America wholly different from that of New York and Pittsburgh. It reminded me of Finland and I felt like I could live there. Then it was time for me to give Jerry some gifts: a traditional juggler’s hat and a booklet on what/who other than St. Paul, by who other than Scott Hahn:) Jerry also played me some mandolin:) 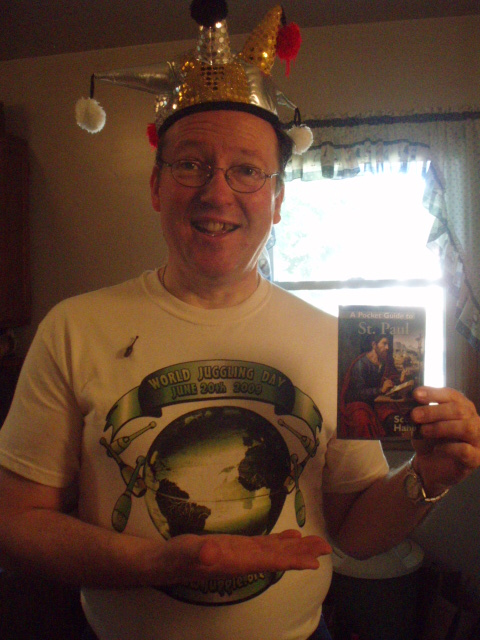 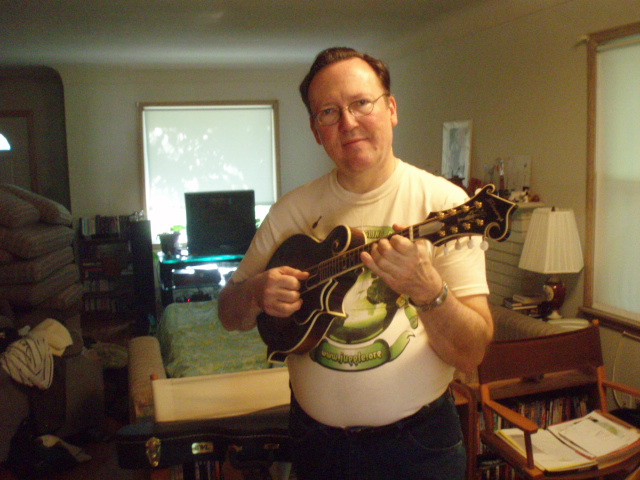 After a night well-slept (remember the previous night was spent on a bus) we drove to the American Swedish Institute to celebrate a true Finnish midsummer. No, just kidding, there was no Finnish midsummer celebration in Minnesota, only in Wisconsin, and so I opted for our beloved and hated western neighbors, which was good because Jerry has some Swedish blood in him too (although he’s lost all ties with Swedish culture – which might not be all that bad:). Putting a sticker with the Swedish and American flags on it onto my heart was like sticking a dagger in, but there I was trying to act happy and speak Swedish… but guess what – almost nobody knew any Swedish! 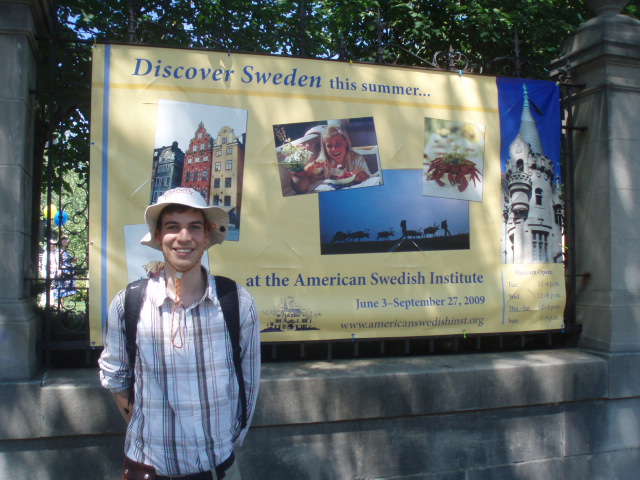 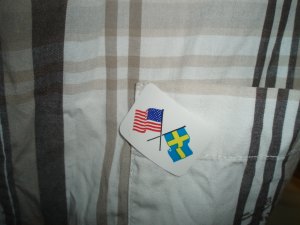 But soon the traditional dresses and summer hymns (I didn’t know they had Suvivirsi in Swedish!) brought me home to a very Nordic atmosphere. I attended a lecture on Swedish midsummer traditions and finally spoke some Swedish with the lecturer. I also got to speak Swedish with a girl from a choir that had come all the way from Sweden to Minnesota just to sing at this event (obviously they did some other things too since they were in the US now). There was another choir, too, a men’s choir, which reminded me of my grandfather and uncle who are well known in the family for involvement in men’s choirs. 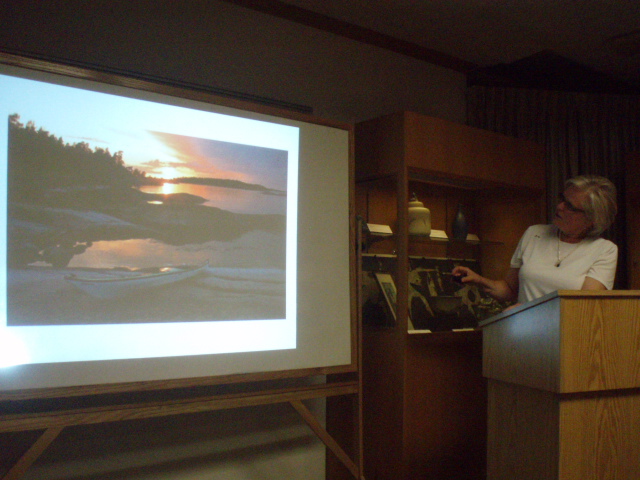 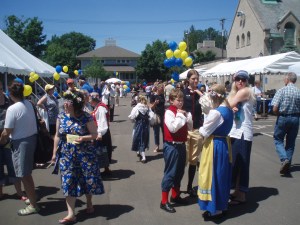 The climax of the midsummer celebration was of course the midsummer pole which was decorated and raised around 1 pm. It was a very hot day but we danced around the pole anyway singing about smågrodorna and smågrisarna (pienet sammakot, pienet sammakot, ne lystikkäitä on jne på svenska:). I also offered some aunties some salmiak :) One of them remembered her grandfather used to have that… But they didn’t want to have any more:) 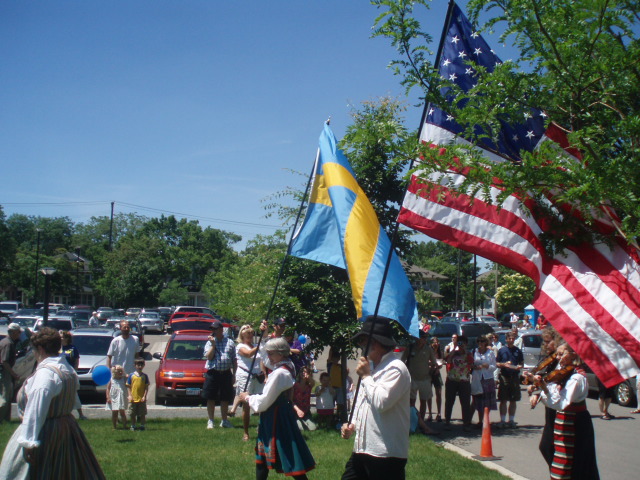 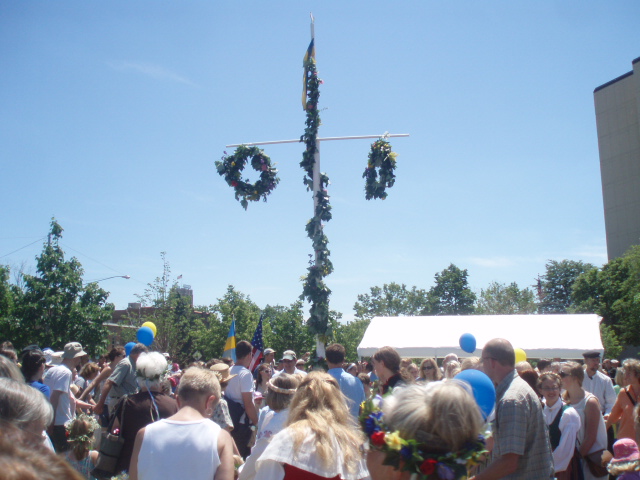 Then it was time to attend another festival, namely, World Juggling Day picnic by the river. There, it goes without saying, we juggled a bit and got to know some new people. I met Alan and his fiancée from Peru and had some interesting theological discussions with him. And of course we had something to eat. It was a nice, fun and peaceful afternoon. 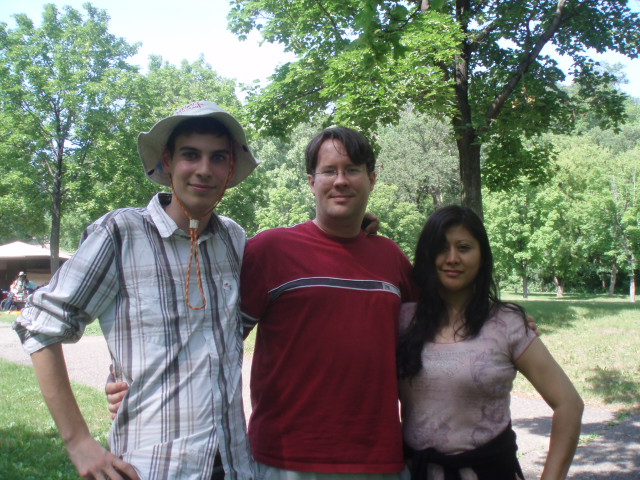 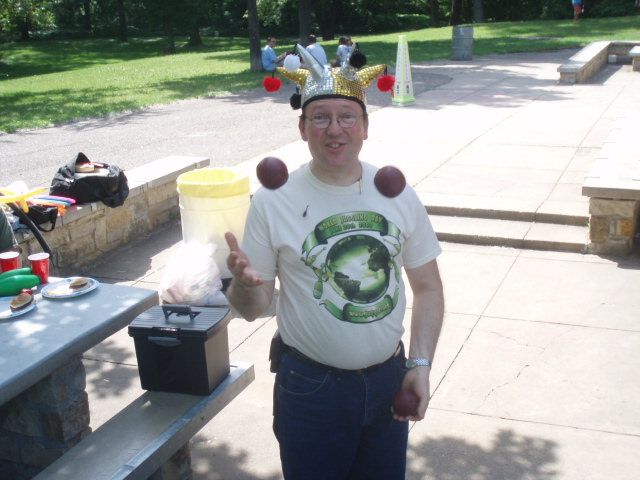 In the evening we headed to the Mall of America, which I heard is the biggest shopping center in the world and hosts the biggest inside amusement park in the world. The tickets were ordinarily very expensive but since it was evening they were very cheap, so I got to take a ride on all kinds of fun machines, and they let Jerry on one for free, too! I also visited the Barnes and Noble bookshop and was amazed at the quality of the books they had on Christianity compared to, say, Stockmann in Helsinki… (the two books on the right are incidentally the precise ones Scott Hahn was reading back in Latrobe. I got and read the Pope’s book already but still need to find Wright’s book somewhere without paying too much for it:) 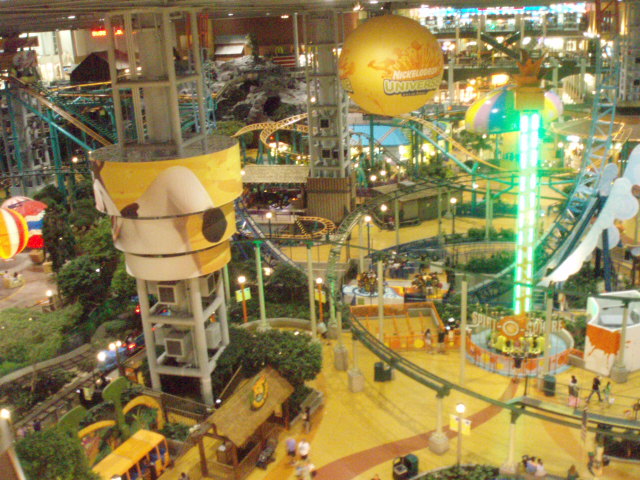 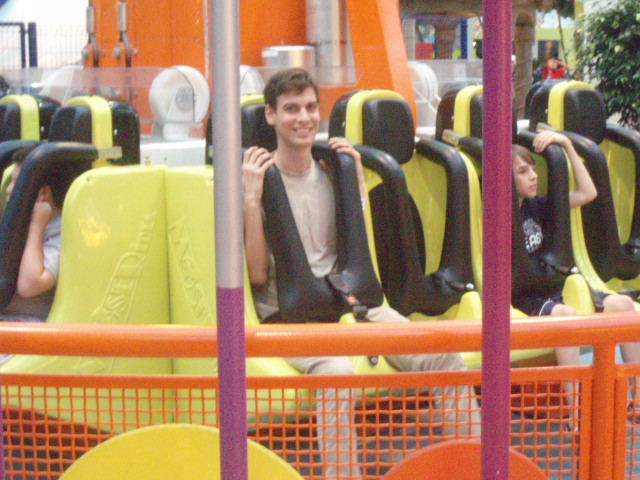 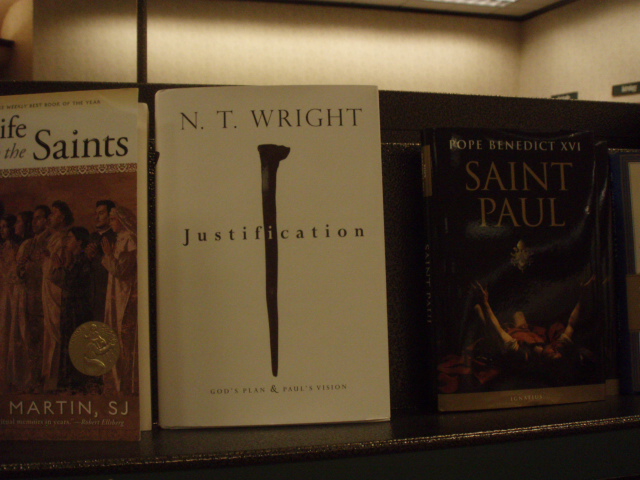 Well I guess that was pretty much it for America, then. I still haven’t written about my trips to Italy and the pilgrimage to Turku. Hope to do that sooner than later. Now it’s time to say goodnight… (with my bed in Minneapolis.) 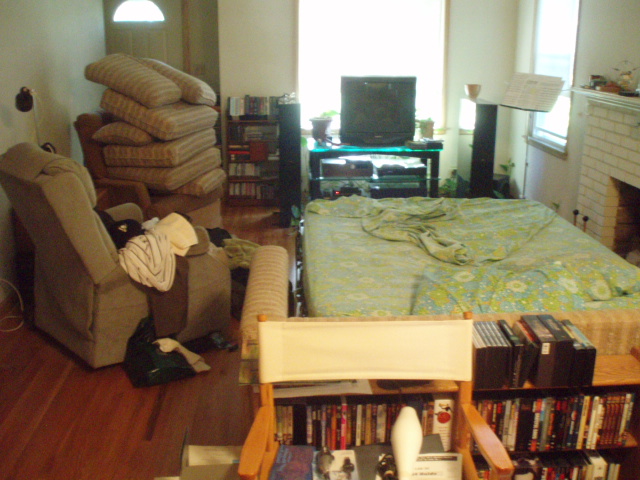